If there’s one stupid fact to know about me then it’s that I love “Murder, She Wrote”.

Yes, that “Murder, She Wrote”. The one with Angela Lansbury (except when it wasn’t). The one that ran from 1984 to 1996. Then they made four TV movies until 2003 (two of them actually good). The one with a “Magnum, PI” crossover. The one with two point-and-click games (that I own). The one with a number of novels already published (counting somewhere in the nineties I think and more being written).

I completely missed that they’ve pushed out the first season on Blu-ray here in the UK until a friend pointed it out. So of course I’m here to show you what it looks like. No, really, I watched the pilot “The Murder of Sherlock Holmes” both in HD and SD and took some screenshots. Now you lucky people can learn all about it.

I am not an expert, just slightly obsessed with Murder, She Wrote.

One of the first things I noted is that the the episode runs longer. Which is probably more noticeable when you run both SD and HD side by side. It seems that my DVDs are 25 fps (frames per second) and the Blu-rays are a nice round number of 23.976216 fps. Which makes the pilot episode 1h 29m 17s long in SD and 1h 33m 36s long in HD. So you can get extra four minutes and 19 seconds with HD. 4% more! Woo! I wonder if the audio must be lower pitched too, but that’s not something I’m going to do here.

Disclaimer (aka the boring bit)

So, all I’ve done is take the Blu-ray (HD) and DVD’s (SD), find the same scene I thought interesting enough, tried to line them up, cropped the HD images to 4:3 (for some reason it comes as 16:9) and done my best to make sure that the quality isn’t decreased when saving it. With the SD images I also upscaled it up to the same height (1080px) but it comes out as 1403px wide, not 1440px as the Blu-rays are. I’ll also drop the original too.

Okay so this is where stuff happens

Well the font certainly does look crisp and very yellow. It makes the old text seems very washed out now.

In the montage scene of Jessica going about her life there are plenty of pops in the image. Which as I understand it is a sign it’s a transfer from film to video. Thankfully these have all been cleared up, but you can’t pick it up so easily on static images as they tend to be fleeting so you’ll have to trust me. They’re most noticeable in the sky on the upscaled image. In the HD images you see the get to see the film grain in the sky.

Is this 1080p detail? I’m not sure that it is, though it’s clearly a lot better than it ever was. I mean, phwoar, look at that Model 2500 telephone with the classic film/TV ringer sound. With this level of detail you can clearly see the “how long do I have to hold this baby?” look on the woman’s face in the photo.

One thing that’s also obvious through the whole thing is that there’s a lot more contrast in the tones compared with the SD version.

Please note this man was shooting clay pigeons (“skeets”) towards the main house and a woman will walk that way not long after this picture. While he’s shooting. Safety! Also ’80s clothing was awesome. Pockets for shotgun cartridges. Whatever next.

Jessica can somehow improvise this up out of “odds and ends”. Is there no wonder to her talents? But look at the detail on that shaft in the HD version. Also those flowers. The things you’d miss in the SD alone.

There’s a little less motion blur in this “action” shot of not Angela Lansbury trying to hail a taxi by doing it in the middle of the road. Though it’s even more obvious that pick-up has a broken headlight.

It’s nice to see this yellow cab actually looking yellow on the Blu-rays. It looks like a lot of colour correction has been done too. It appears none of them with their lights on actually want a fare. Seems like they’re even more bothered by the obvious stunt double than I am.

HD clearly allows you to see Andy Garcia as “1st White Tough”. Better than being “2nd White Tough”, I suppose. It’s onwards and upwards for two out of three people in this picture.

People’s skin sure looks a lot healthier in the HD version than in the SD. People’s natural lines and wrinkles are in some ways more obvious, but in may ways they look less like they’ve had a portion of their skull collapse.

“At this distance I can see you perfectly,” says Jessica. Which is way closer to the truth in HD than it is in SD. Although weirdly they seem closer to each other when it shows you from her perspective. 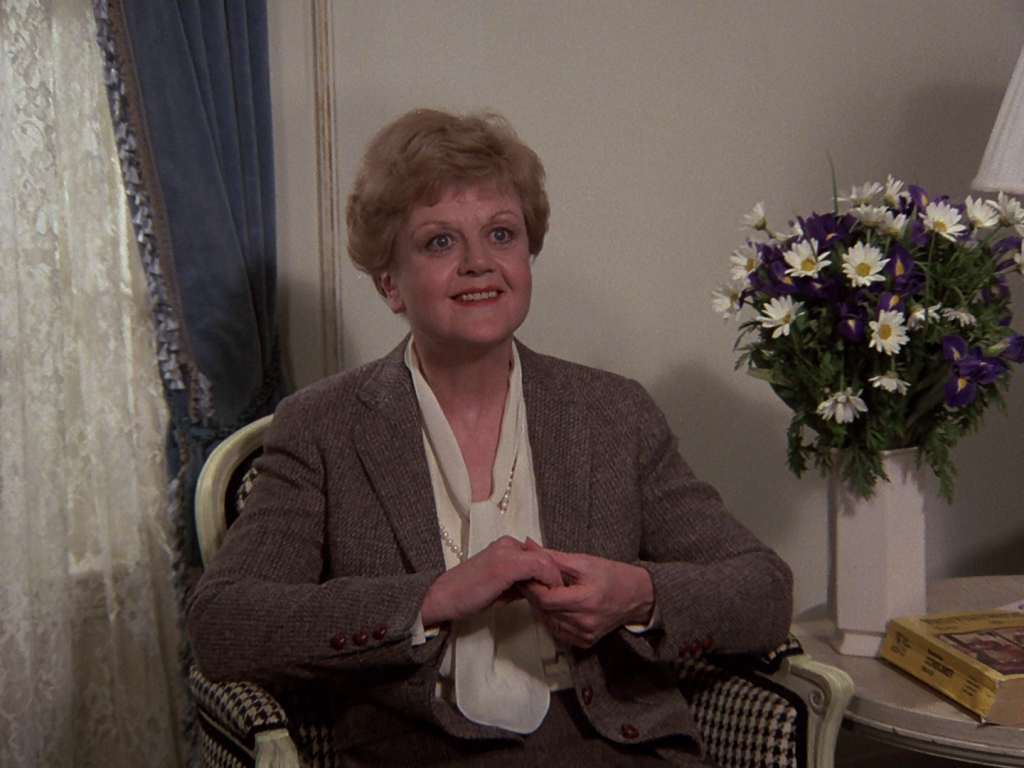